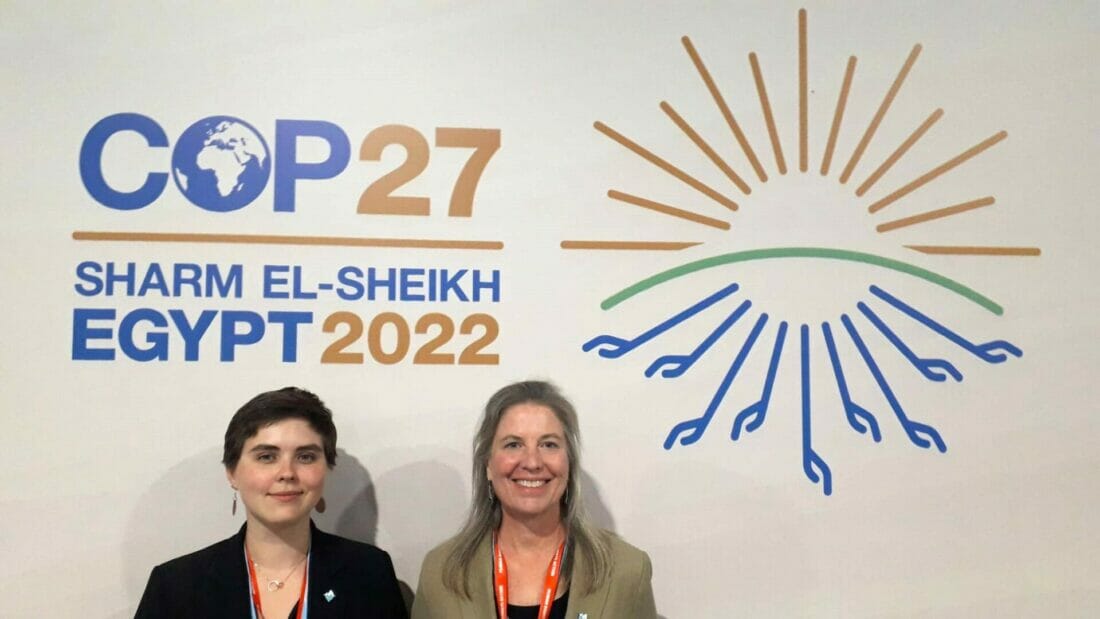 At the global climate talks in Egypt from 6 – 18 November, Quakers continued their intensive advocacy for sufficient climate finance to developing countries, for a new international fund for climate-related loss and damage, and for urgent, sustainable and human rights-based action to transform the root causes driving environmental destruction.

The FWCC delegation to the COP27 climate talks was led by Lindsey Fielder Cook and Alana Marie Carlson from the Quaker United Nations Office, joined by peace, human rights and Indigenous Peoples rights colleagues and representatives of other Quaker organisations.

To uphold Quakers there and the event as a whole, over 100 Friends met online to pray on 5 November in an event co-sponsored by Britain Yearly Meeting and the FWCC Africa section.

Leading up to the event, Quakers focused on their distinct method of quiet diplomacy, as well as attending meetings such as the Katowice Committee of Experts, which addresses transitions for fossil fuel dependent economies.

On the eve of the event, the Quaker delegation leaders helped host an interfaith ‘Talanoa Dialogue’ joined by over 90 people of faith to discuss transformative and fair climate action. Later in the week they then presented the findings to the UNFCCC Deputy Executive Secretary.

As the official negotiations began, Lindsey Fielder Cook addressed over 60 country and civil society representatives as part of an expert panel. Her message set the tone for a key message of the delegation: centring holistic approaches to climate action.

COP27 ended in extra days with a last-minute agreement to establish the loss and damage fund which Quakers alongside many others have been calling for, but without specific agreements to phase out fossil fuels by developed nations which was considered a key clause to ensure rising temperatures remain within 1.5°C.

In an interview with the World Council of Churches, Lindsey Fielder Cook explained “We are here just for a small moment, and we are here to help bring God’s love into that world. We don’t have all the solutions ourselves, but we have that strength through our faith to love, to be compassionate and to have a vision.”